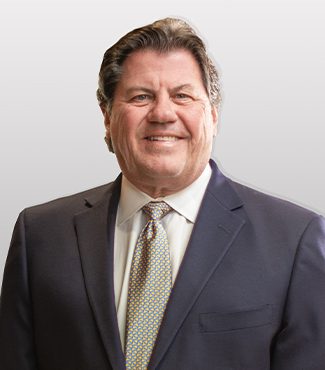 Gary Holloway Sr. started GMH Associates, parent company of GMH Communities & GMH Ventures, in 1985 as a small boutique real estate firm with humbled beginnings. Over three decades, he has grown the company into one of the leading providers of multifamily housing in the country. Gary has fostered a strong corporate culture with a family atmosphere.

Gary was an early investor in the student-housing arena, completing his first deal in 1985. He would grow this division to over 2,000 employees at its peak and over 60,000 beds. Gary also entered the military-housing industry in its infancy growing that portfolio to over 25,000 homes. Since the inception of GMH Associates in 1985, the GMH family of companies has completed more than 8.0 billion of transactions throughout 41 states. Gary has structured many institutional joint venture partnerships including GE, Goldman Sachs, AEW, Principal Real Estate Investors, RMB and Iron Point.

Prior to the formation of GMH Associates, he was involved in various aspects of the real estate industry. Gary served as the Chief Financial Officer of the Holloway Corporation. He began his career at Touche Ross & Company, Certified Public Accounts where Mr. Holloway provided accounting and tax services to real estate clients.

Gary’s philanthropic interests are widely recognized in many school, universities, hospitals and catholic institutions. He has served on many charitable boards over the years in an executive capacity. Gary received one of the highest honors from the Roman Catholic Church when Pope Francis granted papal orders making him a Knight in the Order of Saint Gregory the Great.

Gary received his Bachelor of Science in Accounting from Villanova University. 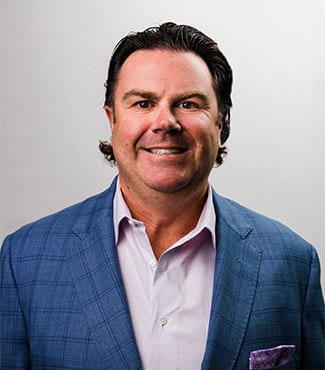 As Chief Executive Officer & President of GMH Communities, Gary Holloway Jr., draws on 20 years of acquisition, property management, asset management, and development experience to lead the second generation of the family business.  Gary focuses on GMH’s current portfolio of real estate assets while researching and investing in new niche-related multifamily housing opportunities nationwide. Gary sets company goals to meet the ever- changing market trends in the multifamily space making sure that GMH is at the forefront of the industry.  Gary takes the lead in sourcing joint venture partnerships with institutional investors and takes pride in maintaining long term partnerships with well know institutions.

Gary pursues many philanthropic interests. Currently, he serves as a Trustee for the Westtown School. He is the Clerk of the Buildings, Grounds, and Environment Committee and serves on the Executive Committee and Athletic Advisory Council. Gary is a past board member of the Pennsylvania Apartment Association (PAA) and is a lifetime member of the J. Wood Platt Caddie Scholars program that benefits deserving caddies in their pursuit of higher education.

Gary regularly lends his real estate knowledge by speaking at events for the National Multi Housing Council (NMHC) and BISNOW.  He has also been a featured speaker for Villanova University and The Council for Advancement and Support of Education (CASE).  Gary is currently a member of NMHC’s Student Housing Advisory Group.

Gary received a Bachelor of Science in Business Administration with a concentration in Finance from Villanova University. 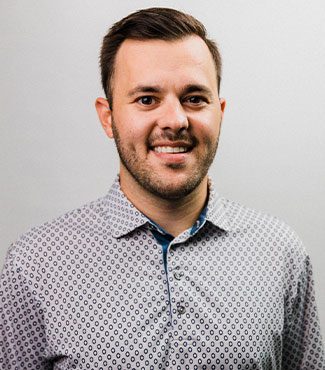 Aaron Doucet is the Regional Operations Manager for the West Coast portfolio within GMH Student Living and oversees the financial, leasing, physical asset maintenance and personnel management of the portfolio.

Aaron started his Student Housing career as a Resident Advisor while completing his undergraduate degree, and held multiple on-site titles before joining the corporate operations team at GMH. Aaron has been with GMH Communities since 2018, and has occupied multiple positions within the organization before landing in his current role. 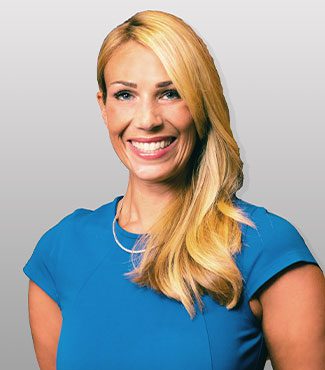 Abby Sacunas serves as Senior Vice President and General Counsel of GMH Associates. Abby handles all legal and compliance matters for GMH and its affiliates, portfolio companies and equity sponsor and serves as the legal point person for all transactions, including acquisitions, divestitures and contracts and for all regulatory, litigation, and employment matters.

Prior to GMH, Abby was partner for 15 years in the Philadelphia office of Cozen O’Connor.  She currently serves on the Board of Directors of the Riddle Healthcare Foundation, a non-profit, charitable organization which supports Riddle Hospital, a Main Line Health acute-care, non-profit hospital serving Delaware and Chester Counties. 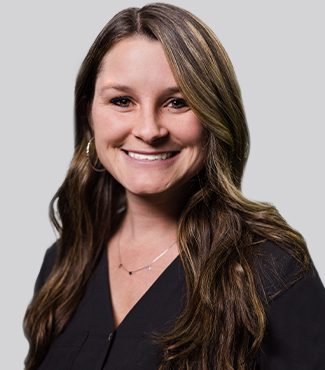 Alexa McCardell is the Corporate Marketing Manager for GMH and is responsible for the management, execution, branding and vision of all marketing channels for GMH Communities. Working closely with the acquisition and development team, Alexa’s main focus is marketing for GMH’s student and conventional assets. She also handles all marketing requests and needs for GMH Associates.

Alexa received her Bachelor’s degree in Journalism and Mass Communications from the University of South Carolina. 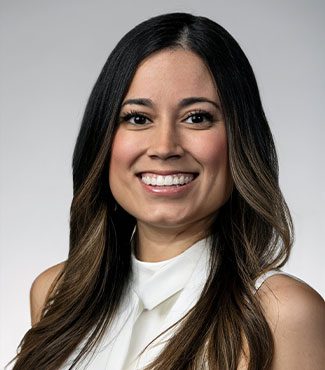 Alex Monreal is the National Director of Leasing responsible for growing GMH’s leasing team and spearheading the leasing efforts across all three verticals of GMH Communities to ensure we are optimizing revenues through effective rate modeling, marketing plans and strategic leasing initiatives. She will be working closely with the Operations and Marketing teams to manage brand reputation, establish exclusive partnerships, create strong University and market relations all while making sure our assets stand out amongst our competitors.

Alex comes to GMH with a decade of industry knowledge, most recently serving as a Regional Operations Director for Aspen Heights Partners. Throughout her career, Alex has touched every role on-site and overseen/stabilized multiple new developments in a leadership capacity. She comes to GMH well-rounded in operations, development, marketing, employee mentorship, and strategic leasing. 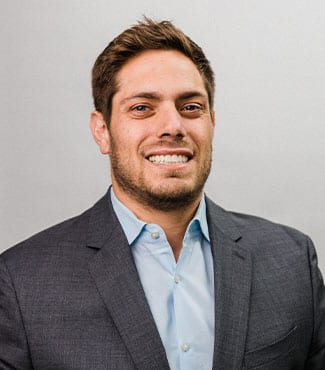 Andrew Taitelman serves as GMH’s tax manager.  Andrew joined the company in 2019. Prior to joining GMH, he spent 10+ years in public accounting in the tax department. He has had extensive experience in financial, real estate and manufacturing companies and the tax effect on business strategy.  His wide-ranging experience allows him to look at each  business/project with a different perspective.

Andrew received a B.S. in Accounting and Finance from University of Central Florida. 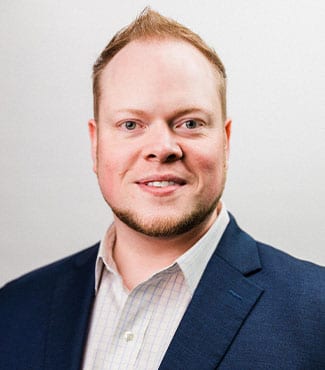 Brad Mawhinney serves as Regional Operations Manager for GMH Communities, overseeing the resident experience and financial performance of the company’s conventional multifamily portfolio. Since joining GMH in 2014 Brad’s passion for cultivating best-in-class assets has been reflected through his strategic approach to marketing, retention, staff development, asset preservation and capital improvements.

Prior to joining GMH Brad spent a decade managing Class A properties for an NMHC Top-5 operator while training new employees across the country. He is a graduate of the NAA’s Leadership Lyceum and past president of the Western Pennsylvania Apartment Association. Brad received his Bachelor of Arts in Political Science from Geneva College, and his Certified Apartment Portfolio Supervisor (CAPS) credential in 2018. 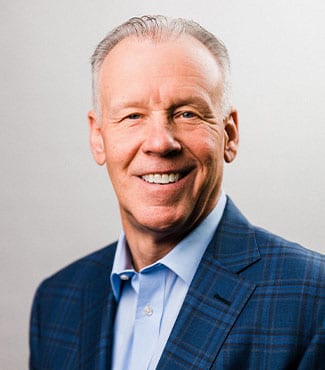 David Forrest is the Senior Vice President of Capital Markets & Dispositions for GMH Communities. Dave is responsible for monitoring the capital markets and managing the debt structure and terms of each asset in the portfolio. Additionally, Dave is responsible for leading the dispositions efforts from contract negotiations through closing. Since joining GMH Communities in 1995, Dave has overseen the successful disposition of over $2.0 billion dollars of various assets classes.

Dave received his Bachelor of Science in Business Administration from the University of Delaware. 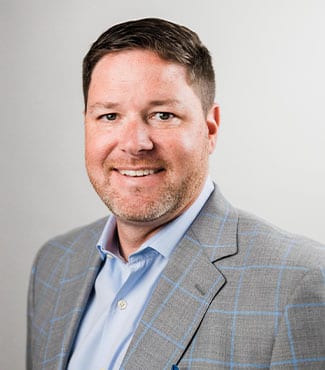 Dusty received his bachelor of Business Administration with a concentration in Management from the University of Massachusetts. 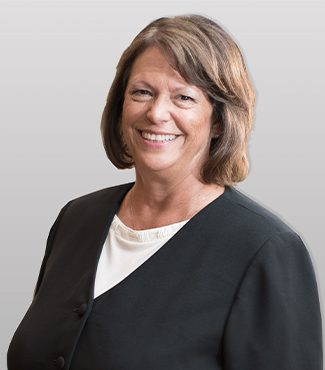 Holly McQueen is the Director of Retail for GMH Communities.  Holly is responsible for the operations of the company’s owned multifamily assets and retail component of student housing, as well as 3rd party commercial assets. She joined the company in 2001 and opened our Jacksonville, FL office. With over 25 years experience, Holly has managed a number of our multifamily properties totaling over 1,400 units with another 200 under development.

Holly is a member of the National Apartment Association (NAA), and Rotary International.

Holly received her Bachelor’s of Science in Real Estate from Florida Atlantic University. 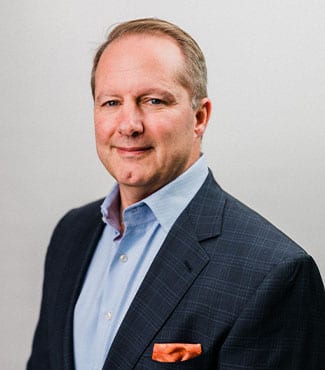 Jim Kirby is Chief Acquisitions Officer for GMH Communities and is responsible for directing the company’s acquisitions and growth across the student housing and conventional multi-family platforms as well as oversite of GMH’s institution equity partnerships.

Jim is a member of the ULI Student Housing Council.

Jim received his Bachelor of Science in Business Administration with a concentration in Finance from Villanova University. 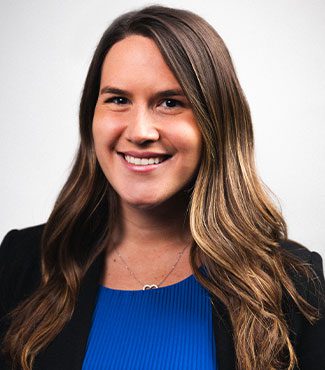 Director of Marketing and Communications

Rachel Notowich is the Director of Marketing & Communications for GMH Communities. In her role, Rachel is responsible for the development of the GMH brand and creating a sustainable marketing strategy that drives lead generation and client engagement amid our communities and company verticals. 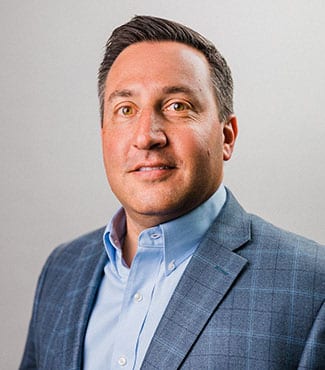 Rand Ginsburg is the EVP Operations for GMH Communities. In this role, Rand is responsible for the management and leasing of the company’s national multifamily and student housing portfolio. Rand brings an owner-operator, equity perspective to the disciplines of property management with a core focus on enhancing asset value and maximizing return on investments. Since joining GMH in 2001, Rand continues to implement best practices and innovative strategies that incorporate our corporate culture as well as deliver exceptional service to our residents and clients.

Rand received his Bachelors of Business Administration with a concentration in Finance and International Business from the University of Delaware. 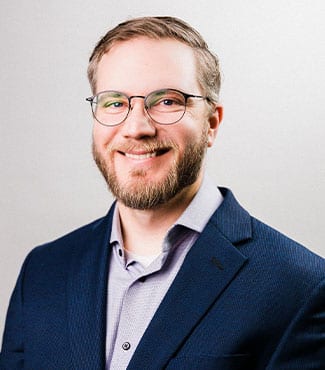 Robert Heidel is the Senior Regional Operations Manager for the East Coast portfolio within GMH Student Living, and oversees the financial, leasing, physical asset maintenance and personnel management of his portfolio. Rob started his Student Housing career as a Community Assistant while completing his undergraduate degree, and held multiple on-site titles before joining the corporate operations team at GMH. Rob has been with GMH Communities since 2018, and in his time since joining GMH, he has overseen the operational transition for several acquisition and new development properties.

Rob received his Bachelor of Applied Arts in Broadcast and Cinematic Arts from Central Michigan University. 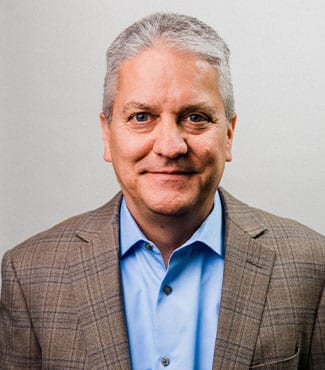 Robert DiGiuseppe is the Executive Vice President of Finance for GMH Communities. Bob is responsible for overseeing the finance, accounting, cash management and all business support functions. Bob belongs to the American Institute of Certified Public Accountants and the Pennsylvania Institute of Certified Public Accountants. Bob joined GMH in 1992.

Bob received his Bachelor of Science in Accounting from Drexel University and his CPA. 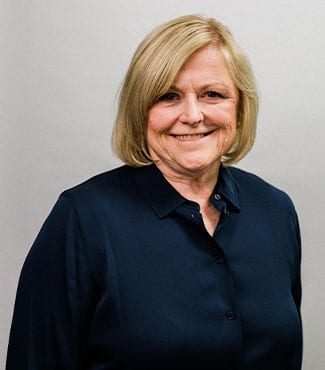 Rosemary has over 30 years of experience in leadership positions of increasing scope and responsibility including global retailer, Toys R Us and Healthcare for ARAMARK.  Rosemary worked for GMH Communities Trust from 2006 to 2008 as the VP of Human Resources  and joined Balfour Beatty Investments in 2008 where she served as Senior Vice President for North America for six years. Since 2016, Rosemary has worked with Johns Hopkins Center for Talented Youth working with senior leadership on organizational design and change management initiatives. 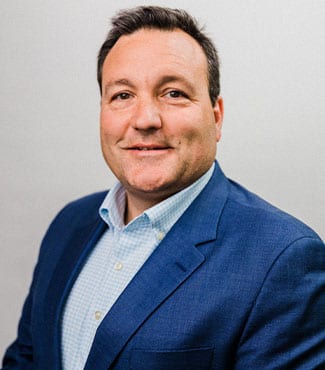 Stephen Behrle, Jr. is the Chief Development Officer for  GMH Communities. Steve is responsible for sourcing and evaluating  new development opportunities for GMH. Additionally, Steve is responsible  for overseeing the entitlement and design process, structuring debt and equity financing for property transactions and managing all phases of the development and construction process. Steve brings over 20 years of commercial real estate experience to his current role at GMH. Since joining GMH in 2000, Steve has overseen the  acquisition and development of over $1 billion of residential and commercial properties.

Steve received his Bachelor of Science in Real Estate from Pennsylvania  State University. 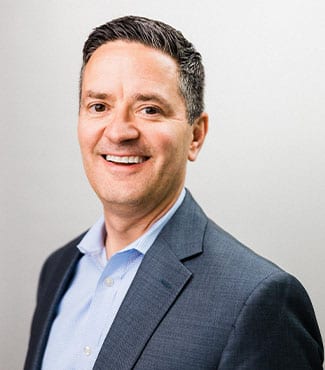 William Quinn is the Senior Vice President of Accounting for GMH Communities. Bill is responsible for overseeing the finance, accounting, and cash management for all Capital Partner entities. Bill belongs to the American Institute of Certified Public Accountants and the Pennsylvania Institute of Certified Public Accountants. Bill joined GMH in 1997.

Bill received his Bachelor of Science in Accounting from Temple University and his CPA in 1998.